is coffee bad for you
Show me some love💖 by sharing this post ☕:

Is coffee good for you or bad? In this article, we’re going to explore and answer, these questions:

Is coffee bad for you? 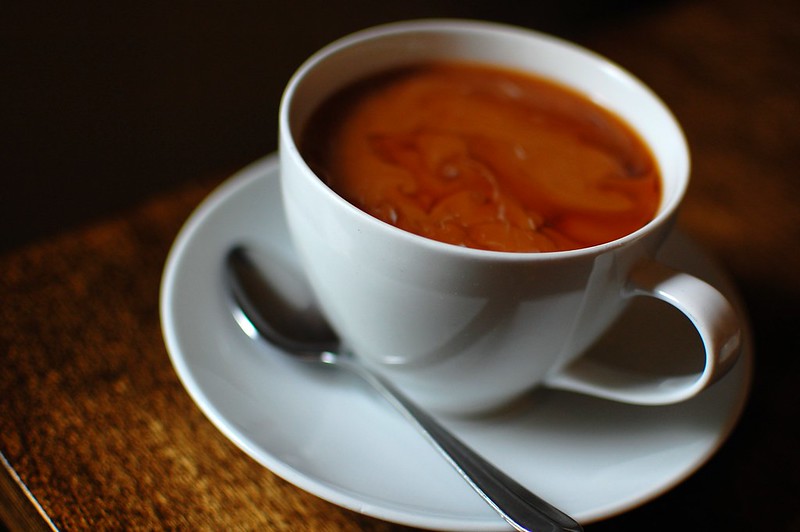 Coffee has been vilified by many sources, even some religions are anti coffee, human beings have only been drinking coffee for the last five or six hundred years, so I think it’s a valid question and we should look into it, if you know someone who loves coffee or, you know someone who can hate coffee, please consider sharing this article with them.

You can share it on all your social media, and help me reach more people, and help them understand, both their medical health and their nutritional health issues.

Now let’s talk about this. there are so many myths and superstitions and rumors out there about coffee, it’s got to be bad? right. we’ve all heard that coffee stunts your growth, my grandmother when I was growing up forbid me to drink coffee, I had to sneak, and drink my cousin’s coffee.

Many people will say pregnant women should absolutely avoid coffee is bad for them, or for the developing fetus.

A lot of people say that you’ll become dehydrated if you drink coffee because of the diuretic effect of the caffeine.

Is coffee bad for your heart?

You’ve heard that coffee causes heart disease, cancer, osteoporosis, we’re gonna go into all this stuff and figure out what the truth is, what does the research show, what’s the common-sense show, that’s what this X is going to do.

The first thing you should know about coffee is that many of the myths that you heard and you may actually believe some of them, almost all of them come from a man by the name of CW post.

He had a coffee-like drink that was basically brewed wheat germ and molasses, that he was trying to compete with coffee back in the early 1900s.

And so he would buy full-page ads in different magazines and newspapers, saying the coffee caused this, coffee would stunt your child’s growth, coffee would hurt you in this matter the other way.

That’s where many of these myths came from. and that’s why maybe your grandmother they’re also for begging you for me a drinking coffee. because she was afraid would harm you in some way.

He advertised so ubiquitously that it became part of the national culture. that coffee may be bad for kids of pregnant women.

There definitely are a few negative consequences from drinking coffee. but most of them are cosmetic stuff limited not dangerous at all.

If you drink coffee within six hours of bedtime you may have some insomnia, that night. mode now that’s not true for everybody my a nice roasted cup of tasty coffee right before bedtime, and sleep like a baby.

I, on the other hand, have to stop my coffee about six hours before bedtime. there does seem to be a mild habit-forming effect with coffee. so if you drink coffee for a few months and then try to stop it cold turkey, you may have a little increased irritability. and even a headache, for a few days that’s about as bad as the withdrawals get.

Now there are a couple of medical things, that drinking lots of coffee, and when I say lots of coffee. I mean more than three cups a day because almost all the research I’m going to talk about later on in this article .we We’re based on 300 milligrams or less of caffeine, which is about 3 cups of coffee a day worth.

Some people it looks like that drinking lots of coffee, might raise their LDL cholesterol a tiny bit, or raise their triglyceride level a tiny bit, but in both of these subpopulations. it doesn’t seem to raise these two amounts, a meaningful amount.

Now let’s talk about all the good things that coffee has been shown, to do for the human species. and these things are based on both observational research, but there’s also quite a bit of control.it’s been done on coffee, because a lot of young researchers grew up trying to prove coffee was bad. because of CW post advertisements, and the effect it had on their grandparents.

But so there’s a way more controlled research about coffee than you might imagine, but some of these benefits are based on observational research which as you probably know don’t prove anything.

It’s been shown to increase your physical performance, and it probably does this by decreasing, or your reaction time physically which it absolutely does do, for many people, it actually helps them enter ketosis easier because it helps you break down fats.

That are stored in your body and burn the fatty acids, that’s a good thing that actually can help you lose fat, which coffee has been shown to do in a couple of small studies. and then also in some of the larger observational studies, it looks like it’s associated, with not having a high BMI.

To be associated with a decreased risk, of type 2 diabetes, cancer, dementia, and Parkinson’s disease, but of course, that’s observational that doesn’t prove anything, it’s just associated with that.

Coffee actually contains magnesium, manganese, and vitamins, B 2 B 3 and B 5. and if you’re a big believer in antioxidants it’s a fun fact to note, that coffee provides more antioxidants for the average American than all of their fruit and vegetable consumption combined.

Now let’s get back to those myths, that CW posts make very popular, there’s absolutely no controlled meaningful research, showing that coffee will stunt your child growth .knowing in fact in some countries in Central and South America, children are weaned straight off the breast milk onto coffee and they grow up tall and beautiful, so but that’s probably not true.

The myth that drinking coffee is bad for pregnant women, this has been studied quite a bit, in medical and nutrition research, there is no link if a woman’s drinking one two or three cups of coffee a day it’s perfectly fine for both her and her developing fetus.

The dehydration myth in case you didn’t notice coffee is 99.5% water. so you at worst break even by drinking a cup of coffee as far as your hydration status goes, coffee does not cause dehydration, the other myths that coffee can cause heart, disease; cancer, strokes, osteoporosis semen none, of these is a bad bear out in the medical and nutritional research, coffee doesn’t do any of those bad things that CW Post said that coffee would do.

Therefore it’s perfectly safe for you to drink two, or three maybe even four cups of coffee a day. You’re welcome so yes that makes you happy you’re welcome if you’re surprised by this information’s, please if you like this kind of article and want to get notifications about content like this in the future, subscribe in our newsletter and share this article, it so every time I have a bright idea you’ll be one of the very first people to know. enjoy your coffee, I’ll see you next time 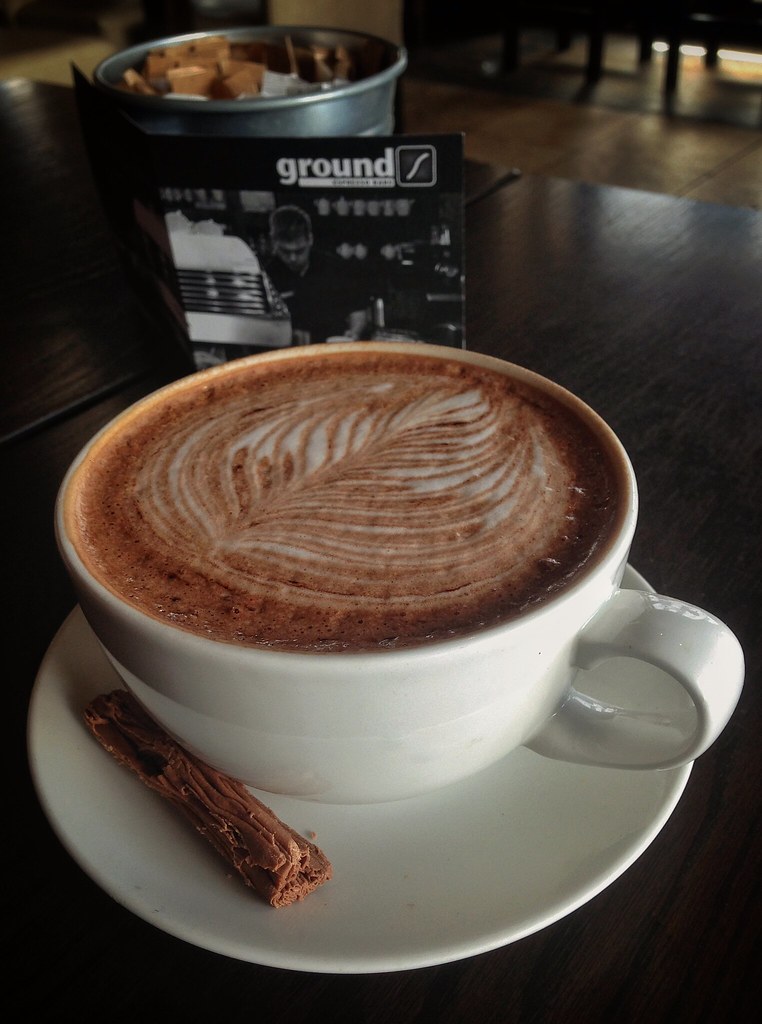 Is coffee bad for your health?

Caffeine is not harmful in itself.

Regular consumption can indeed have consequences on health: the more you drink coffee, the more harmful effects can be felt. The study also reveals that those under 18 years of age are more sensitive to caffeine.

What are the effects of coffee on the body?

It can increase your body’s energy expenditure to burn more calories naturally. Coffee reduces the risk of many diseases: prostate, throat, skin and liver cancer as well as leukemia, Parkinson’s and type 2 diabetes.

Is coffee bad for the liver?

Although the reasoning behind the benefits of coffee remains speculative, researchers believe that the antioxidant properties of this beverage are the cause. Several studies have shown that drinking 2 to 3 cups of coffee a day can have beneficial effects for people with liver disease.

Is coffee bad for the stomach?

TRUE. On an empty stomach, a cup of black coffee can stimulate the secretion of hydrochloric acid (which helps break down food) in the digestive system and cause bloating, heartburn, gastritis, inflammation of the stomach lining.

Which coffee is good for your health?

Choose arabica over robusta: it has a better taste and half the caffeine content. Choose organic coffee or coffee from small plantations in order to have a coffee with fewer contaminants. Large non-organic coffee farms use many pesticides and chemicals.

Why not drink too much coffee?

Drinking too much coffee can make you irrational and irritable. Breathing difficulties caused by too much caffeine can interfere with brain oxygenation, and thus interfere with the decision-making process.

Show me some love💖 by sharing this post ☕:
Tags: about coffee, coffee culture

Coffee ratios. how much 1 per cup | 2 weight. ultimate guide