Nespresso-vs-espresso which is the best
Show me some love💖 by sharing this post ☕:
Advertisements

Today we’ve been comparingwhat I would consider being the two leaders, in the at-home espresso machine market.

We have the Nespresso virtual line, a Nespresso being by far the leader, in the potted coffee systems, producing some of the best coffee I’ve tasted out of a disposable pot.

Let’s see which one of these is going to be best for your situation, and in your home.

All right so before I jump into some of the smaller details of each of these machines, let’s first judge the most important factor, which is how quickly can we pull a shot of espresso on each of these, and of course how good is that shot.

These machines both have to warm up, you need to grind some beans on the barista, let’s see how each of these compares in terms of timing, and eventually the shot quality.

All right so there we have it, we have our two shots, one from each machine as you can see before we jump into what these shots look like, one of the main factors you gonna have to understand right off the Barista, is the amount of coffee spillage, and a bit more involved process that the Breville Barista Express provides.

One thing I often notice on Nespresso shots, and even their full-size coffee pulls, is the amount of foam we get on here, I think this is what Nespresso is going for, but something I always notice is that it’s quite artificial.

If you kind of tilt the cup maybe a bit towards, it just seems artificial it’s a little thick, and it’s very foamy, whereas, from the Breville Barista Express, it’s far more of a creamy rich syrupy crema.

A genuine crema so my first observation is Nespresso always seems to have this kind of artificial foam.

so next of course though most important factors, let’s jump into how each of these tastes,

We’ll start with Nespresso, the first time I tried espresso I was blown away by the flavor, it just tasted like a well well extracted shot, the one thing I was missing whoever, and again kind of falls into the same category. as the foam in the crema, it creates is that texture is missing.

It’s a little that the mouth feels a little bit thin, however the flavors it always tastes like a really good shot

Let’s try the Breville, the flavors seem very similar, but the mouthfeel on the Breville it’s just it’s far more of authentic espresso.

So I admire what espresso, is doing they pull a great shot, it tastes fantastic, and from a pod-like, I said the first time I tried it I was blown away.

However there is a difference in the quality here, it’s up to you to decide whether the trade-off, for the practicality of a pod system, is worth it.

Pod systems are a known entity, you buy your pods pop them in you get your coffee out, now there’s a price to pay for that in terms of quality, and literally, the price that you pay.

So yes the Nespresso machines are cheaper to buy right off the bat than a dedicated espresso machine, but over your first year of ownership, you will be pulling about even between these two.

And let me tell you I’ve had this Breville for over four years now, and it is still running strong I have never had to call Breville support, they are very well-built machines.

Suddenly the pod system does not seem all that cheap, especially when you consider that you’re sacrificing some quality as well, so in the way, I just explained it, now the espresso machine may seem like a no-brainer.

If you simply want your daily dose of caffeine, you want it as quick as possible, and you want the best quality one you can get, in a short period. then I highly recommend going with Nespresso, it is the best option in the pod market, you’re getting some darn good coffee, that’s really the main takeaway of this.

An espresso machine is going to take some learning, it might make a bit of a mess in terms of coffee grinds on your counter, and that’s what you’re buying into because you’re getting a true cafe style quality of coffee, in the comfort of your own home.

If you’re running off to work you want, a push of a button solution the Nespresso is the best option in the pod market.

so now that we’ve looked at the shot that each of these machines can pull, let’s look at each of those machines a bit more closely, we’ll start with a Nespresso, because there’s really not too much to go over plot systems are generally pretty simple.

On the Nespresso, we have a water tank, it’s a decent size. I don’t find myself wishing it was larger at any time and on the other side of the machine you might be wondering what this separate container is for, if not a massive water tank.

Once you’re done pulling your shot, and you go to open this backup, you can see it flips the pod into its little storage container, here this is cousin espresso places a large emphasis on recycling these pods.

I don’t think they want you throwing them out into the garbage, so it collects it down a little slide here, it’s quite a clever little mechanism.

Close that backup, the only other thing I can talk about on this machine in terms of features is this little drip tray here, it is completely height adjustable depending on what size of the cup, you’ll be putting in this obviously whether you’re pulling Nespresso shot.

It’ll be a little higher up you can play a little bit further down, that you’re pulling into, a large cup or you can get rid of it completely if you’re gonna be pouring your coffee directly into a thermos.

If you’re going to venture away from a pod system, if you want to start taking your coffee seriously, you’re gonna have to start with grinding your beans.

Grinding your beans immediately before pulling your shot, provides an unbelievable advantage in terms of freshness, it’s undeniably one of the reasons that there’s a difference in texture between these two shots, freshness is important.

So the barista Express has a built-in conical burr grinder, with adjustments for grind size along the side here for dialing in each, and every one of your shots and that is extremely important.

Another reason why I would go with the barista Express over some others in brambles lineup is that it has a pressure gauge, a pressure gauge is very important when determining whether you’ve pulled a good or a bad shot, and dialing in.

On some of their other machines, you don’t know whether you’ve pulled a good shot, until you go to taste it, and it’s extremely bitter or very sour.

One sees how these machines dialed in, they’re just a set and forget as a pod system as long as you stick with the same type of coffee, but when you’re dialing it in the pressure gauge is very very important.
Other than that we’ve got a clever little integrated magnetic tamper here, as you saw I was using a Palm tamper for some added consistency, but this is a clever storage mechanism as well, and it comes included with the machine.

Something that we didn’t touch on, is the steaming capability of these machines we have a steam wand, what I will note is again it’s the same observation I had.

The frothing of milk that you get with an espresso milk frother, you get these very large coarse bubbles, the same as the crema on their espresso shots, with a full dedicated espresso machine you’re gonna get creamy, and great mouthfeel on the milk that you froth for your lattes or cappuccinos.

It’s just a more genuine coffee experience, which is the takeaway I’d like you to get from this.

Moving on we also have a water dispenser if you’d like to pull Americanos, this is also great if you’re into tea, because this machine heats up almost instantly, in about 10 seconds you can have instant hot water.

So if one member of your household is a coffee lover another forty this machine isn’t just for the coffee person that tea lover will enjoy having hot water, add an instant.

Other than that, we’ve got a large water tank at the back, just like the Nespresso well I’ve never found myself wishing it was any larger, and moving on to the last piece we have a drip tray, which is also very large, which hides our tool chest at the back of the machine.

So I hope that this article was helpful for you guys, I know you can’t taste both of these shots but you know now the difference that I was talking about, they do both genuinely taste great, one is just a true espresso, one has a couple of sacrifices, but it’s also darn quick. 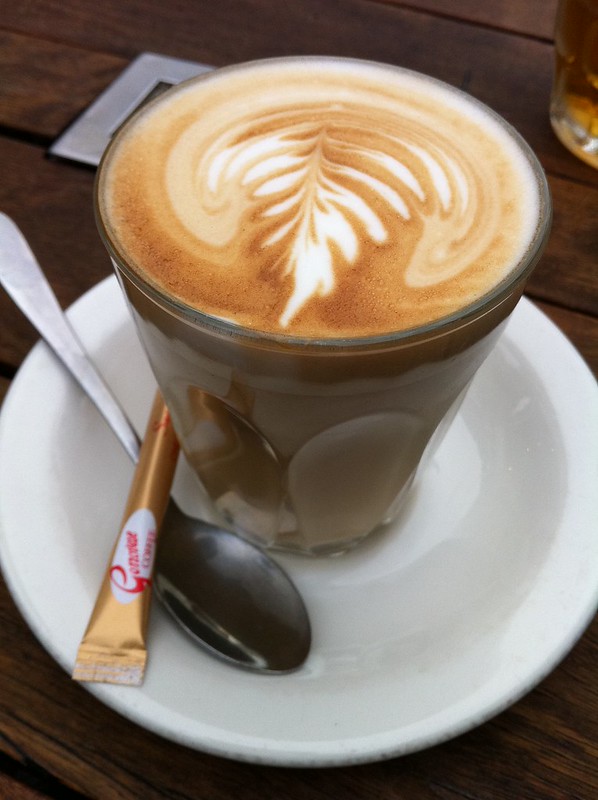 What type of coffee for espresso?

Ideally, for your espresso coffee machine, you would prefer a coffee bean of very good quality, like Le Classique Café Privilège coffee, allowing you to obtain a freshly ground coffee whose grind corresponds to the espresso.

Which grind for each extraction mode?

What is the best coffee machine with grinder?

The Krups EA815070 espresso machine has first of all a very good quality grinder. It will grind your coffee beans. Then, you have different settings to vary the length of your coffee and its strength.

Advertisements
Show me some love💖 by sharing this post ☕:
Tags: reviews